Perth’s North Inch will once again play host to the ever popular Scottish Open Volleyball Tournament this weekend with 108 teams registered to play on the 36 courts which will appear over the next few days. The court white lining will start mid-week with the volleyball nets and posts being erected on the Thursday evening and Friday morning with car park lanes and camping lanes being put down also on the Friday.

Started in 1985, it is now Britain’s largest volleyball event with teams coming from near and far. This year’s foreign travellers again see the regulars from the Faroe Islands (two women’s teams this year), the Belgian men from Leuven and a new team all the way from Bulgaria. There are a number of local teams from Perth, Dundee and Fife competing across the range of seven categories of competition with the three mixed divisions making up more than half of the total entry. As well as funny team names teams are encouraged to compete in fancy dress with the best fancy dress team gaining free entry to next year’s tournament. 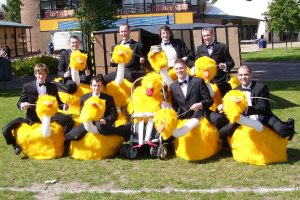 The tournament takes place thanks to the dedication and commitment of around half a dozen local volunteer enthusiasts who spend many hours before, during and after the event to showcase our local area as an ideal venue for this special event which sees volleyballers of all shapes, sizes and abilities having fun on the North Inch. Many of the teams competing just get together for this weekend and come back year after year due mainly to the friendly nature of the weekend. First aiders and physios will also be on hand to cope with the usual wrist, ankle and finger minor injuries which occur when there is a large number of people leaping, diving and jumping about on and sometimes off the courts. 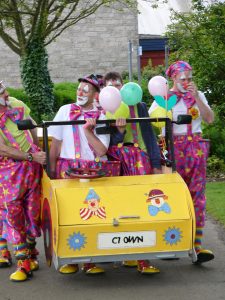 With the weather being unusually summery for this time of year, the organisers are keeping their fingers crossed for it to be at least dry although the weather forecast is looking favourable for this mammoth, marathon sporting event. 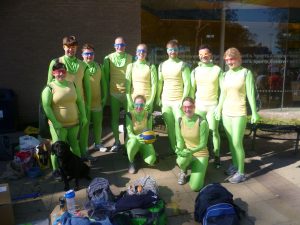 Online entries for 2022 are now closed
toggle
Toogle Down